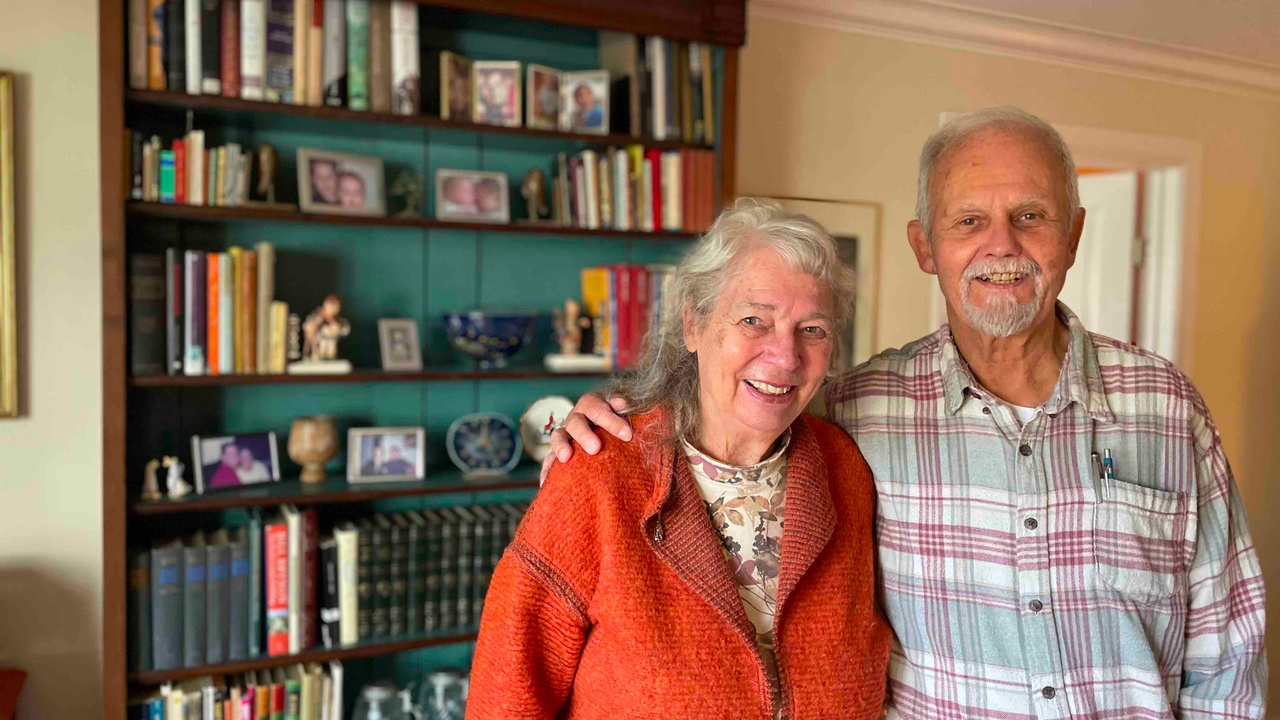 Kirsten and Jurgen's story involves both international emigration and local migration. Their moves first took them from Europe to North America, then from the East Coast to the Midwest. Their most recent moves were local. Very local, in fact: one move was a block away; and their move this fall was just a hop, skip and a jump across town. The Songbird Team and I were thrilled to help this sweet couple with their recent downsize to Kendal--now Otterbein at Granville. Jurgen and Kirsten graciously allowed us to share more about their story as well as a peek inside their cozy new home. 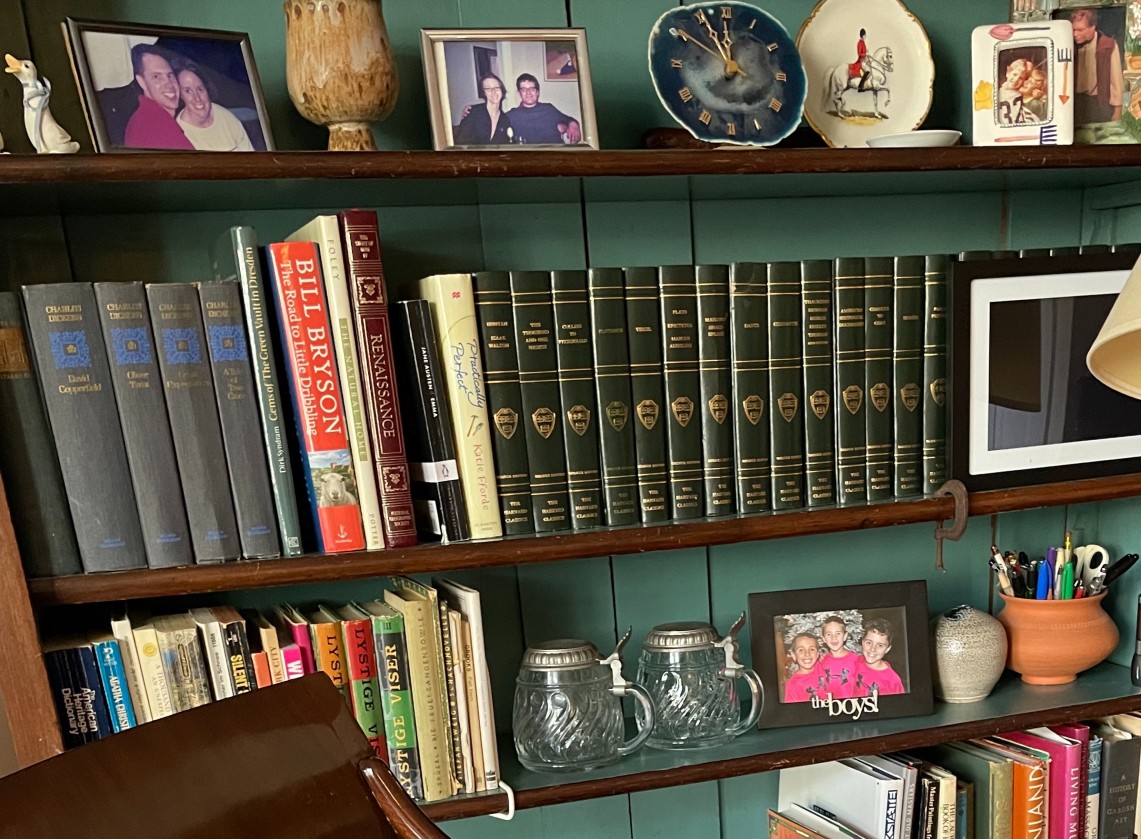 So where did this Dane (Kirsten) and German (Jurgen) first meet? In Canada, of course!  The two first connected at an international landscape architect convention in Montreal. After maintaining a (very) long distance relationship, the two married and lived in New York where Jurgen had lived after emigrating to the U.S. as a teenager. The couple later settled in a small town in New Jersey until AEP relocated its corporate headquarters, forcing the couple to move with Jurgen's job from New York City to Columbus in 1983. After taking a drive around Central Ohio, Kirsten and Jurgen quickly fell in love with Granville. The corporate move gave them very little time to find a new home, so they bought the only house on the market: a 4,000-square foot home near the center of the village.

The couple restored the 1860’s-era home, filling it with a mix of European and American antiques. With so much extra space, they decided to convert the extra rooms into a traditional bed & breakfast, which they operated for 25 years. In between hosting guests from across the country and around the world, they volunteered with with the Granville Arts Commission, the Tree & Landscape Committee and the Village Planning Commission among many other community organizations. Kirsten and Jurgen eventually retired from operating and maintaining the B&B and downsized into a two-story condo just a few blocks away, where they lived for 10 years until health concerns propelled them to look for a one-story space in a senior living community.

The Songbird Team helped Kirsten and Jurgen sort, pack, move, unpack and set up their new space. We also delivered all their unneeded furniture and household items to local charities and prepped their condo for sale. I’m thrilled to report that within days of completing our home sale prep services, they received an offer on their condo!

Susan, one of the members of the Songbird Transitions team, visited Jurgen and Kirsten soon after they settled into their new apartment to discuss their move:

What possessions were you happy to downsize?

Kirsten: Most of my Danish books. No one else could read them but me.

What things were you unable to part with?

Jurgen & Kirsten: We were happy to keep almost all personal paintings and art work. 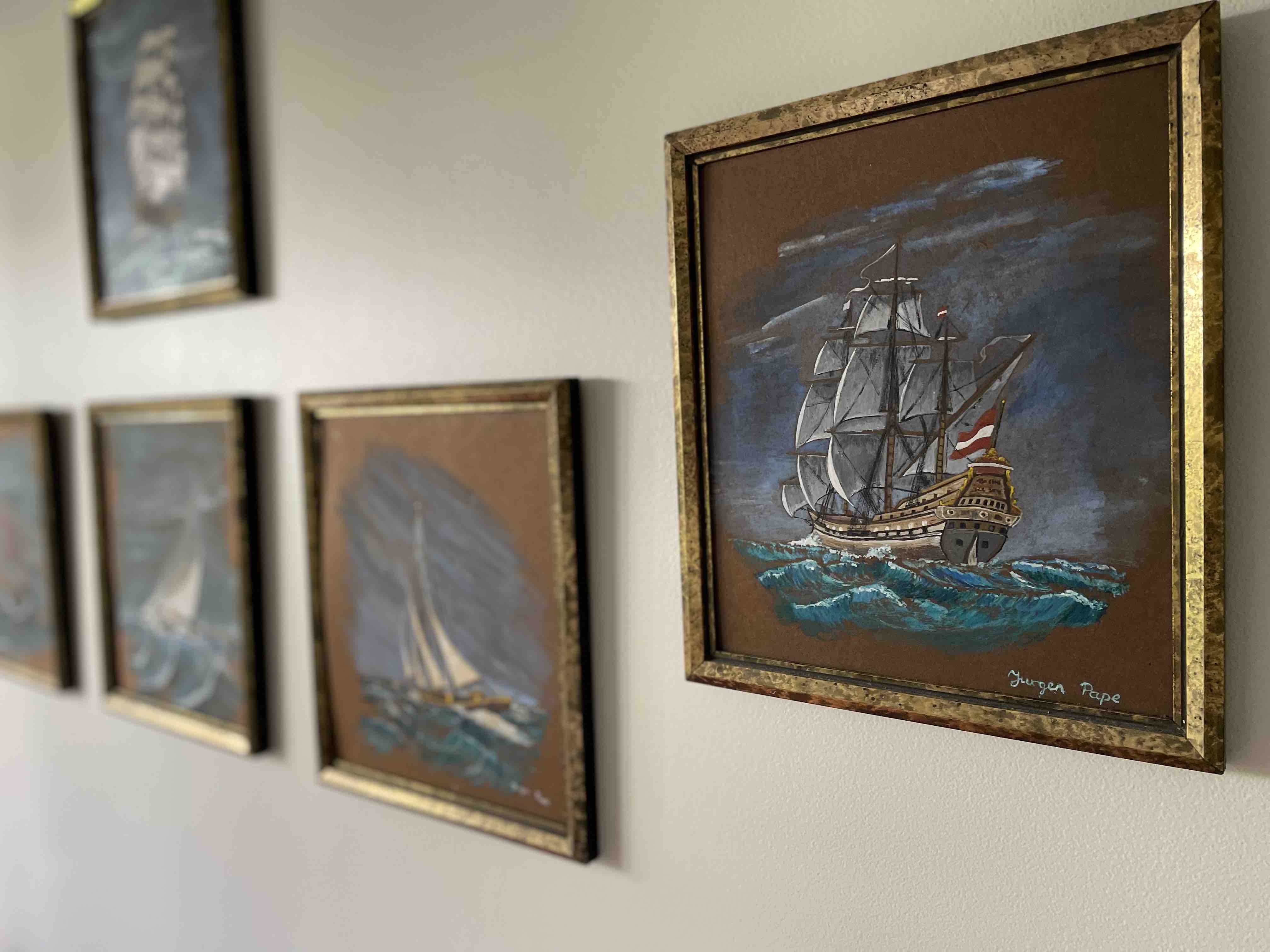 What motivated you to downsize?

What was your biggest worry or concern prior to downsizing?

Kirsten: No worries, really. We were ready. We were really relieved to not have to go up and down stairs any more. 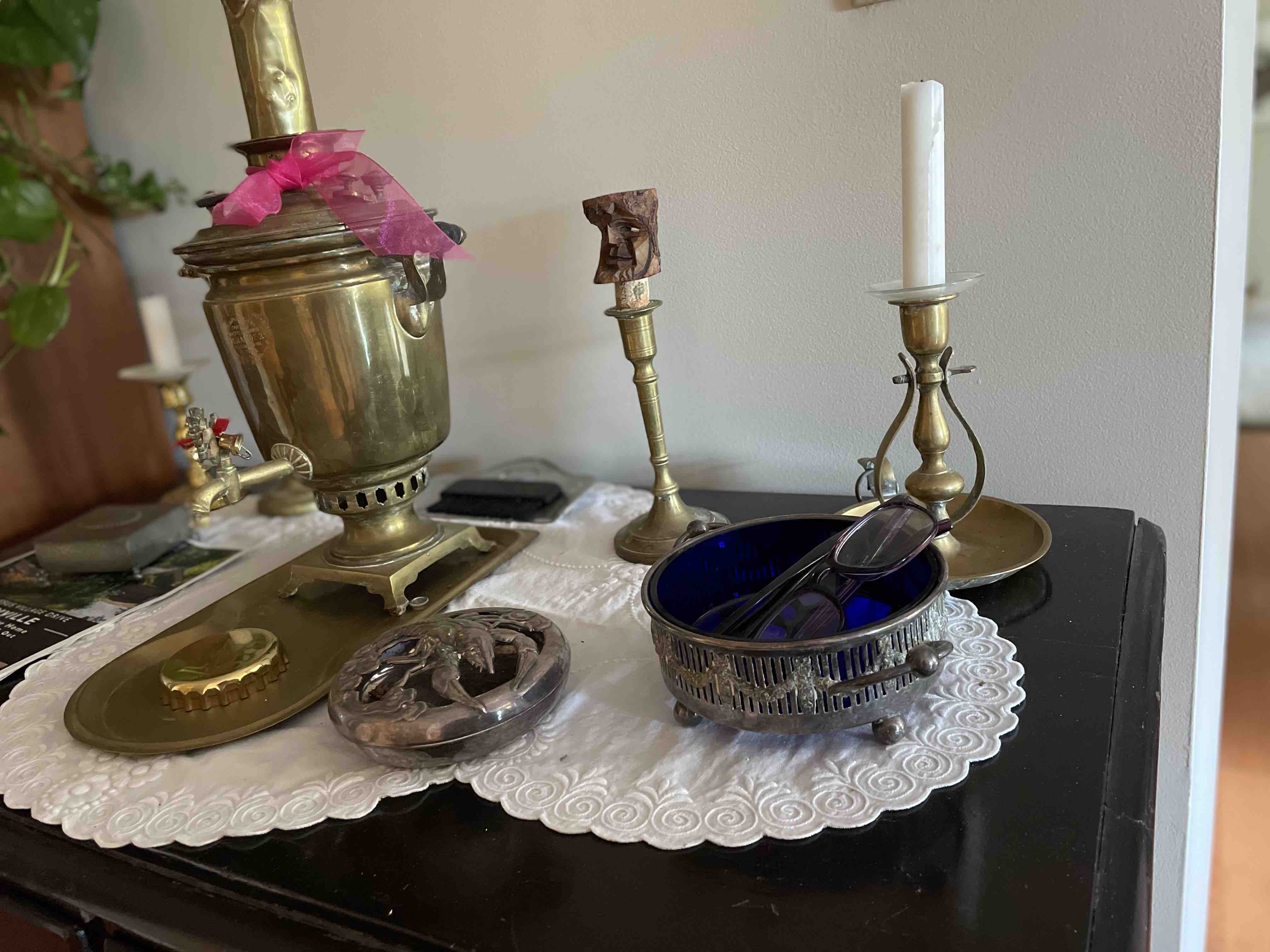 What was your biggest challenge of the move?

Jurgen: Nothing really outstanding. I suppose getting all the electronics set up and operational was challenging. But that wasn’t really a hardship, as we don’t watch much tv. 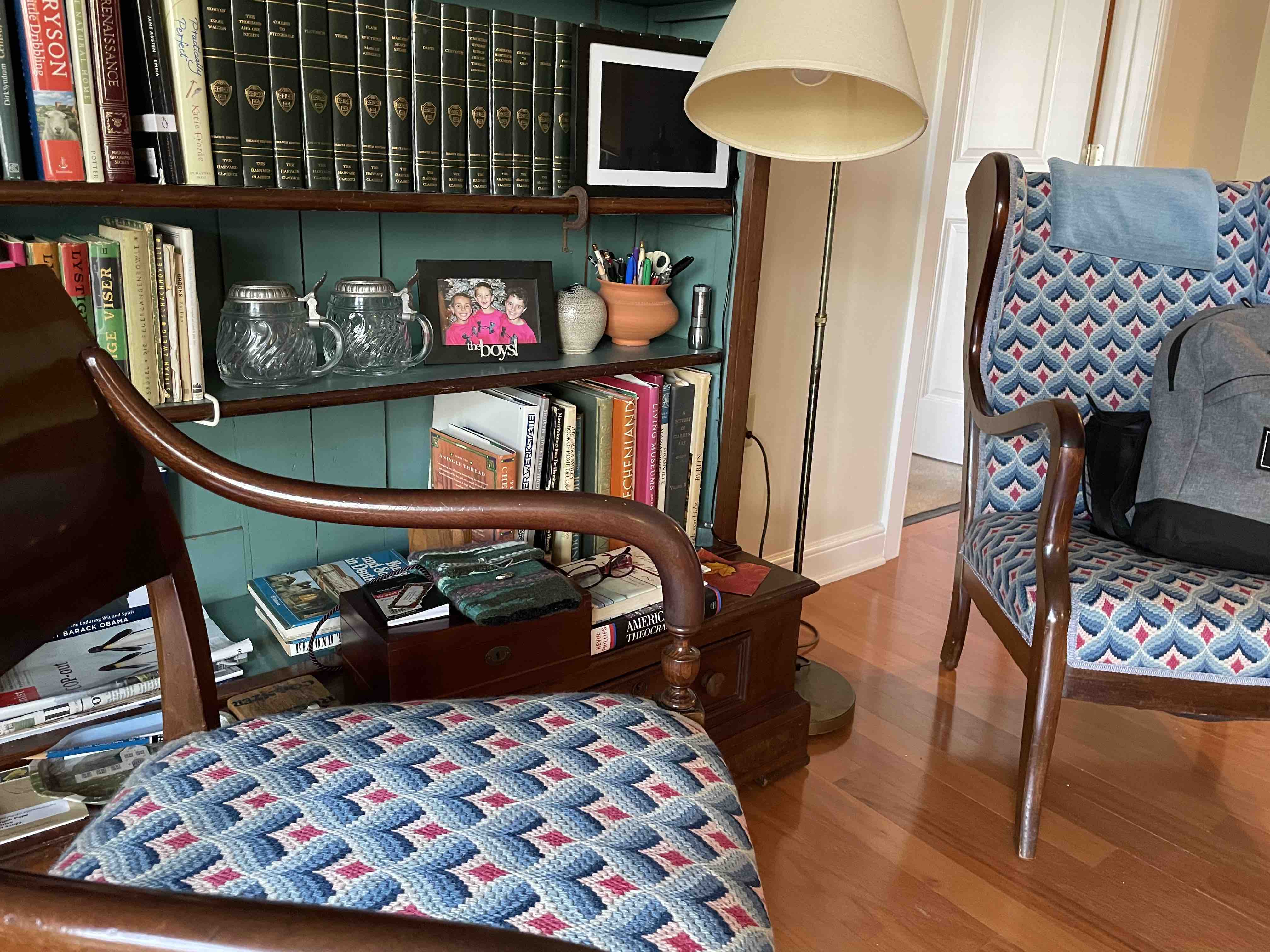 What has been the best part of the downsize?

Jurgen: To be able to walk out from here without steps. We like being able to go down the hall to the library, plus we know so many people here.  Not long after we moved in, we went down to the "pub room" and a neighbor offered to introduce us to other residents. But we already knew the next six people who walked in! He couldn’t believe we knew more people than he did, even though he had lived here for a while.

Kirsten: I’m pretty happy here. I love to do puzzles and I enjoy doing them with people here. It was a good move. Songbird made it so much easier. Everyone was pleasant and funny and I loved interacted with them. I definitely know that this is where I need to be. And our bedroom is even pumpkin color! We have had the same color paint in our bedroom of every home we’ve owned because it is always sunny in the morning. 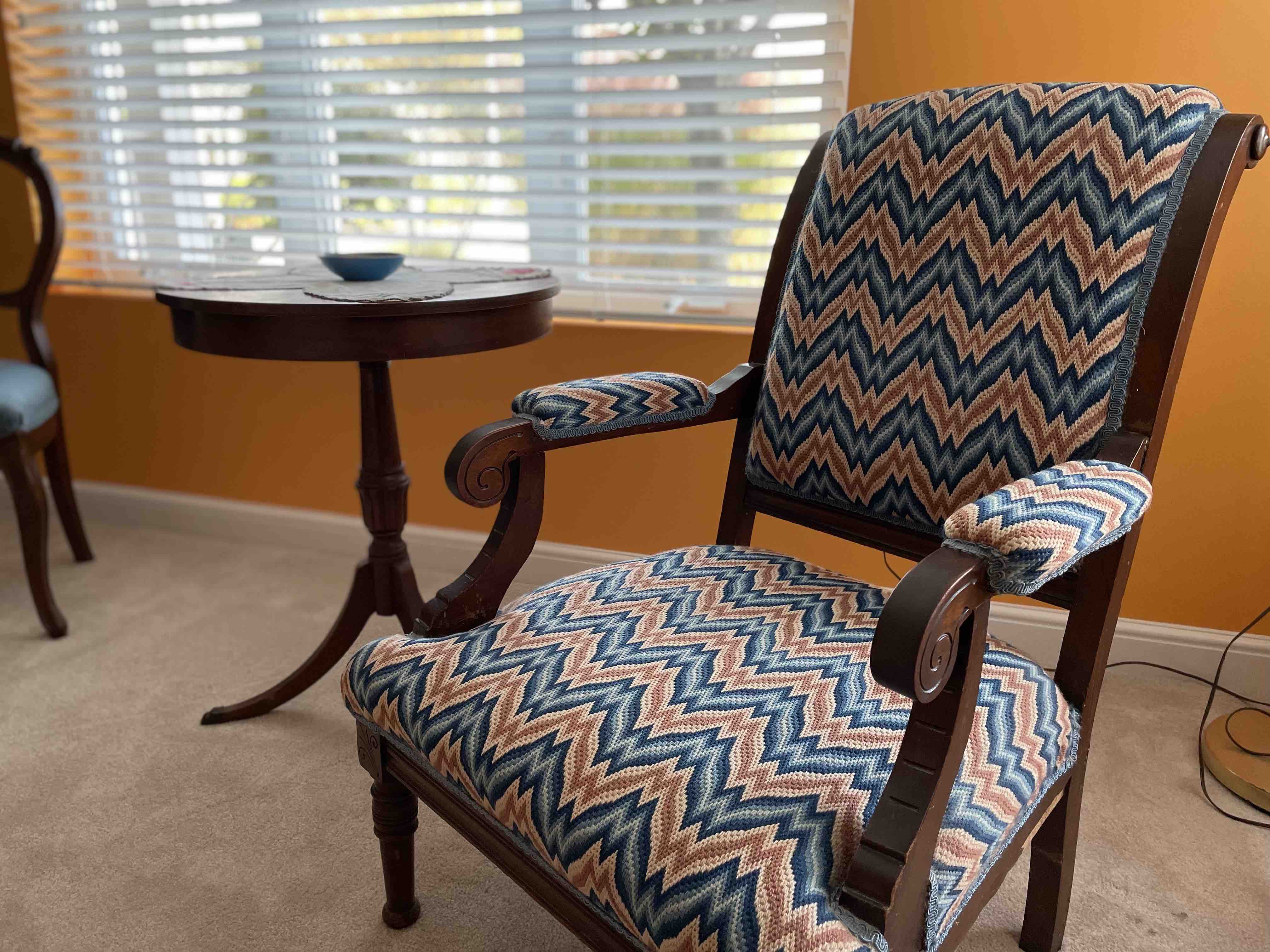 Was there anything about the downsize that surprised you?

Jurgen: Not really; Everything was PLANNED!

What advice would you give to others who are considering downsizing? 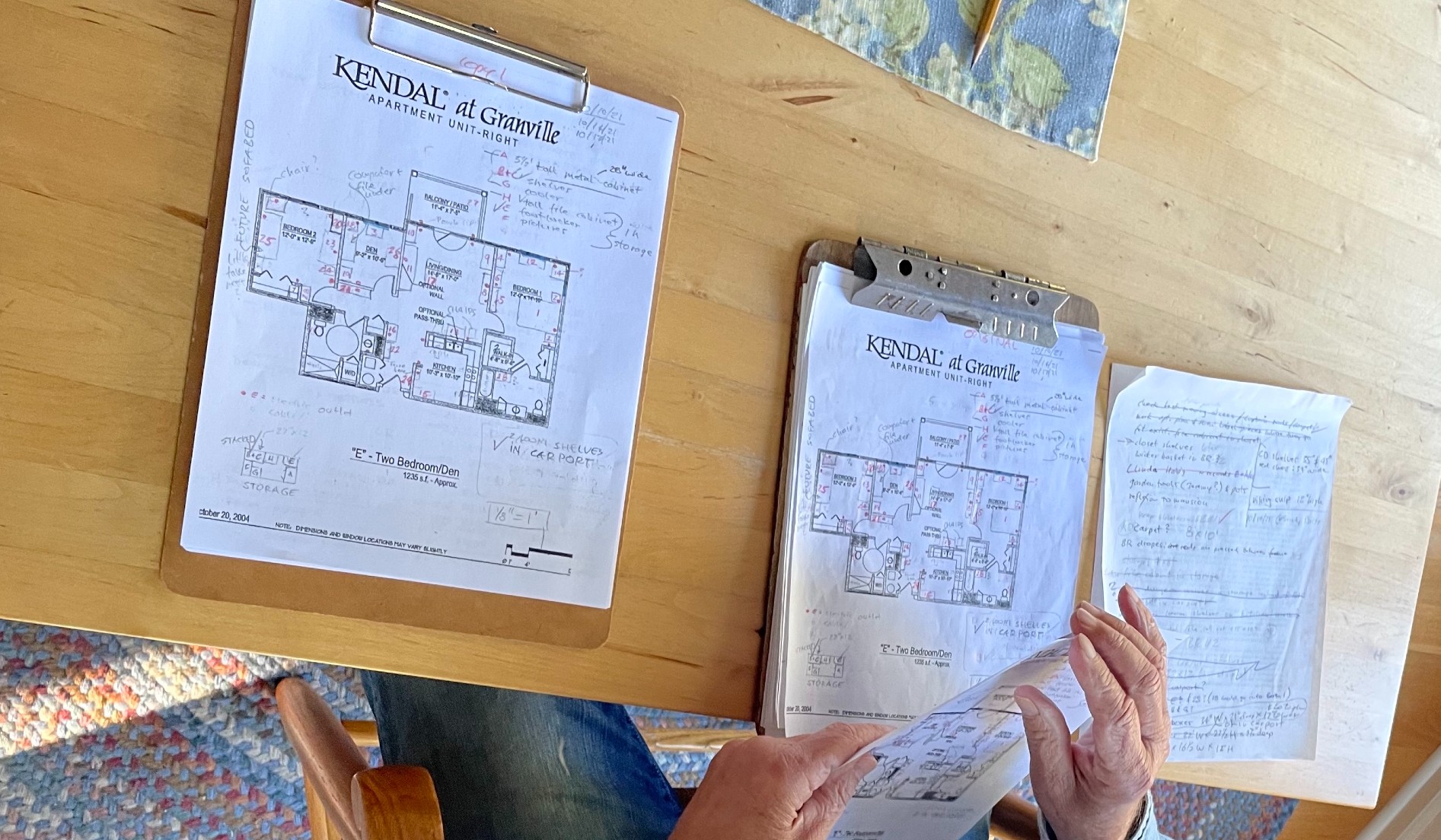 Kirsten: Working with Songbird was a really pleasant experience. Everything was taken care of from beginning to end, including all of the cleaning at our old place. We’re really pleased with everything.  This is right where I need to be. 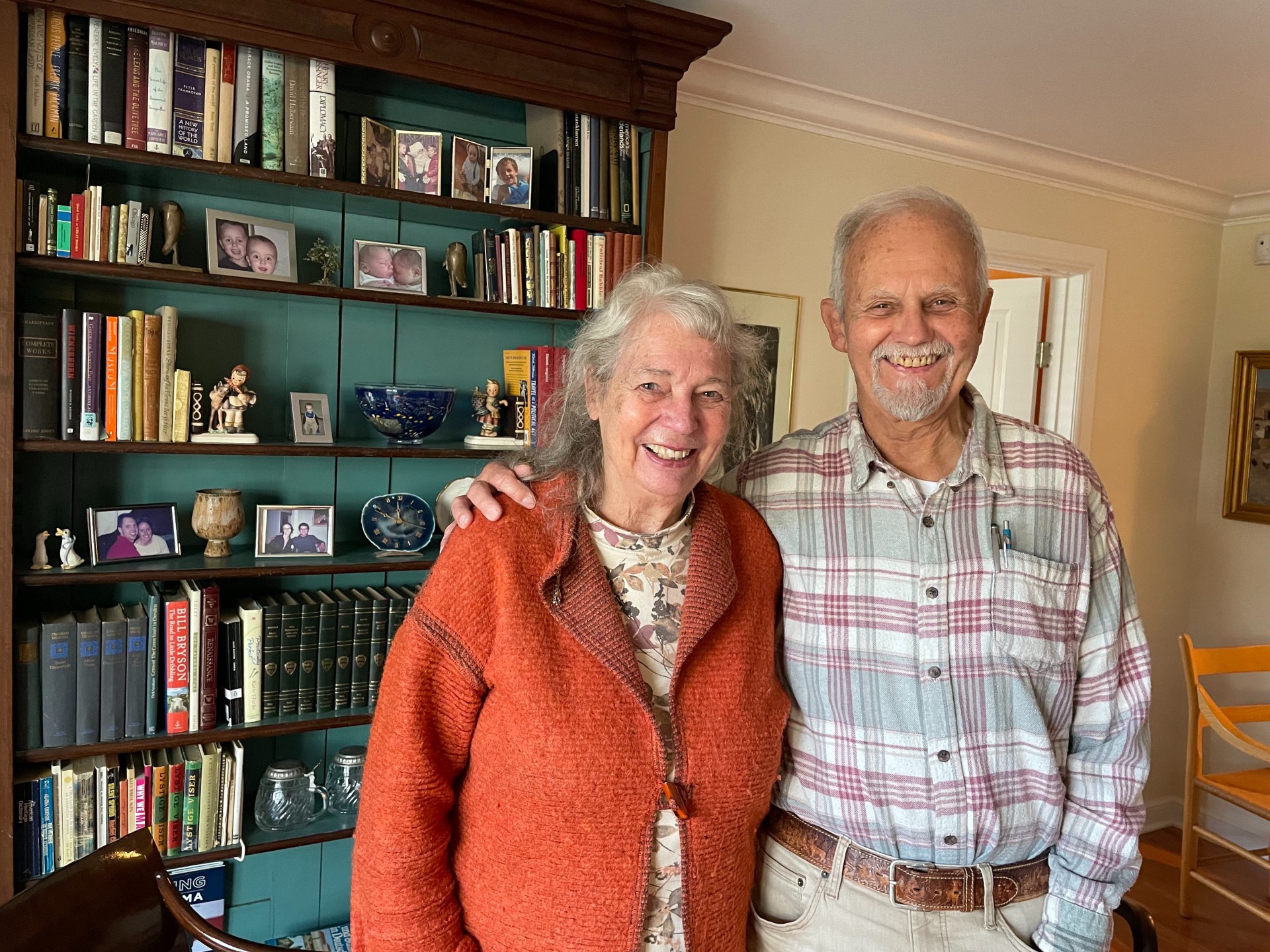 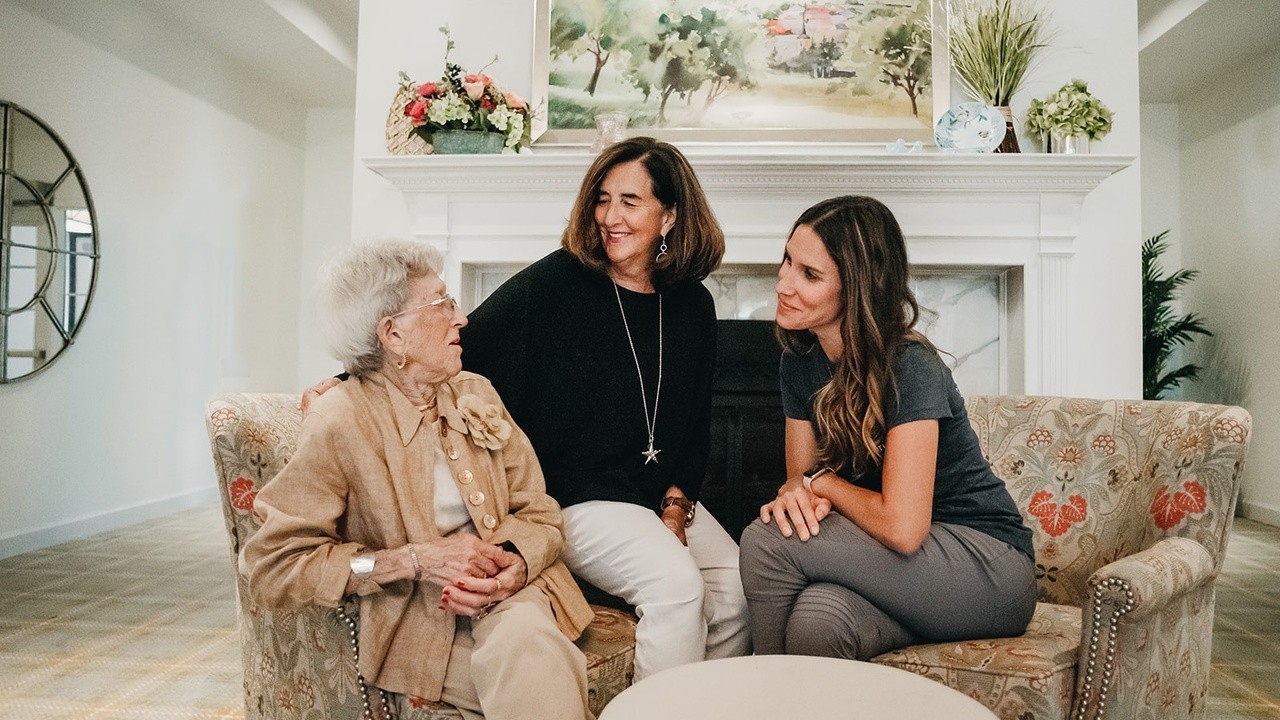 A comprehensive guide to support your downsizing journey

The reality of re-selling your stuff: What’s hot (and what’s not)
Season of giving thanks
In her own words: Mary Ellen's Songbird Story 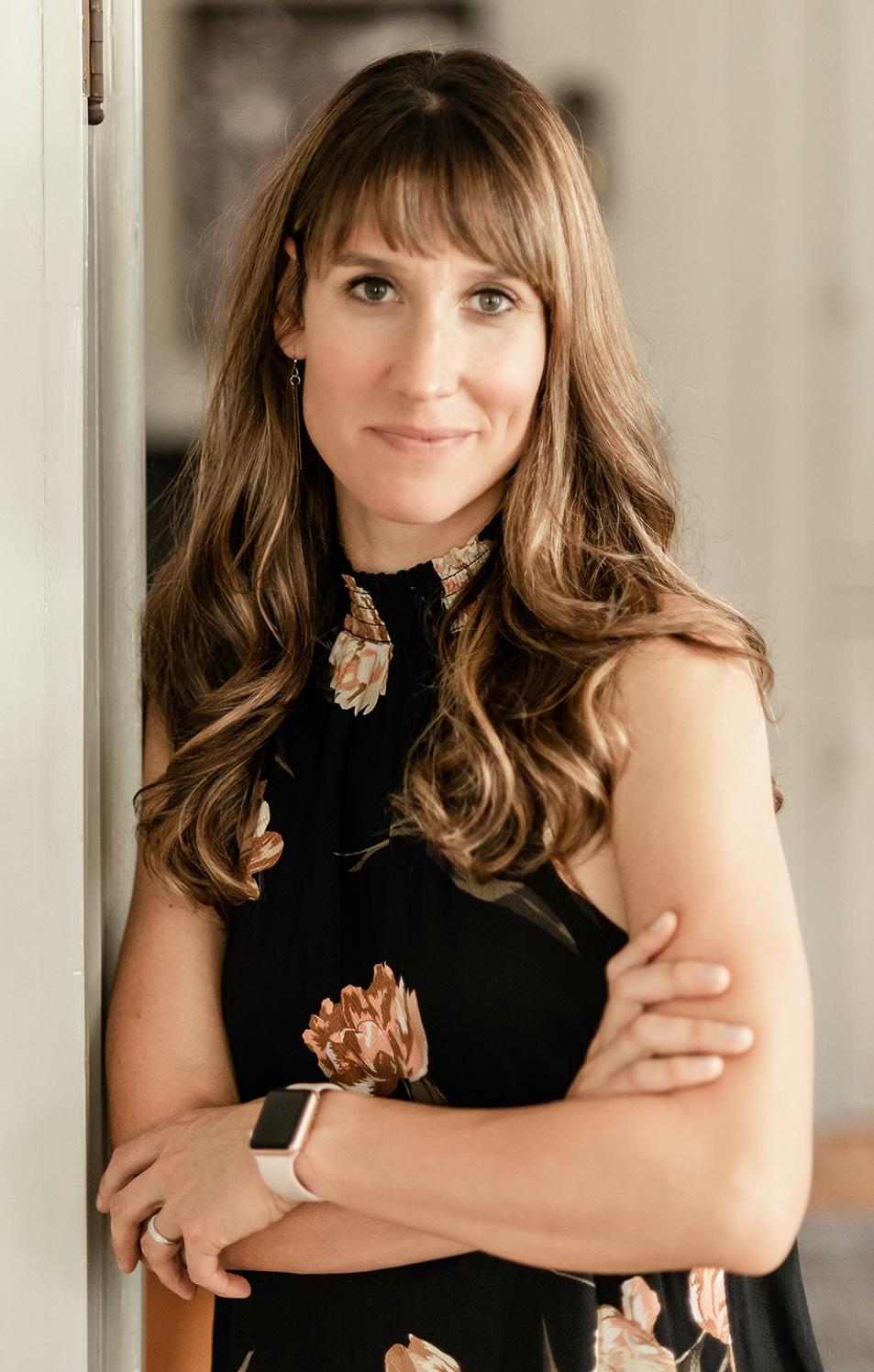 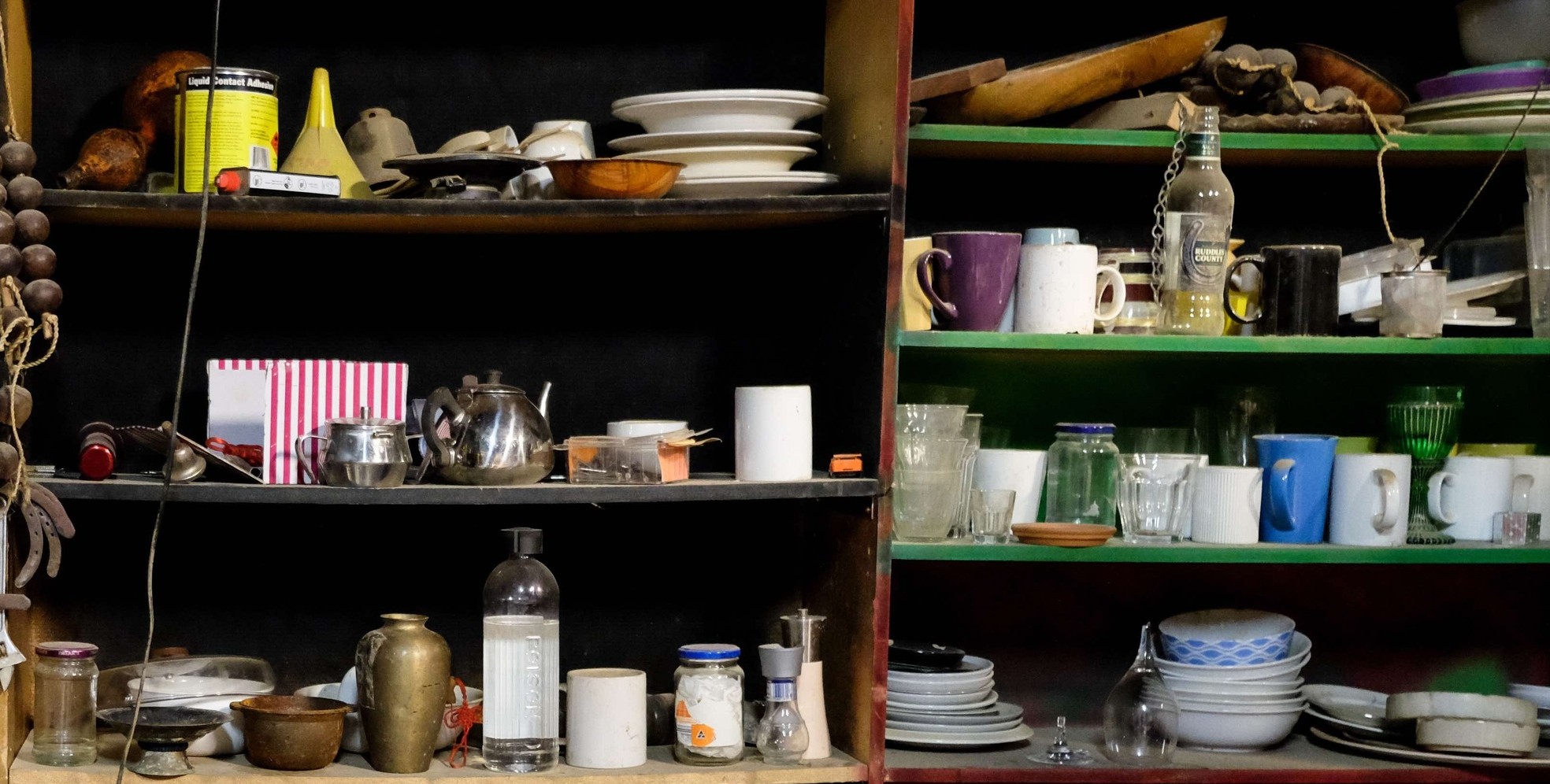 Learn key skills to declutter and downsizing your messiest spaces 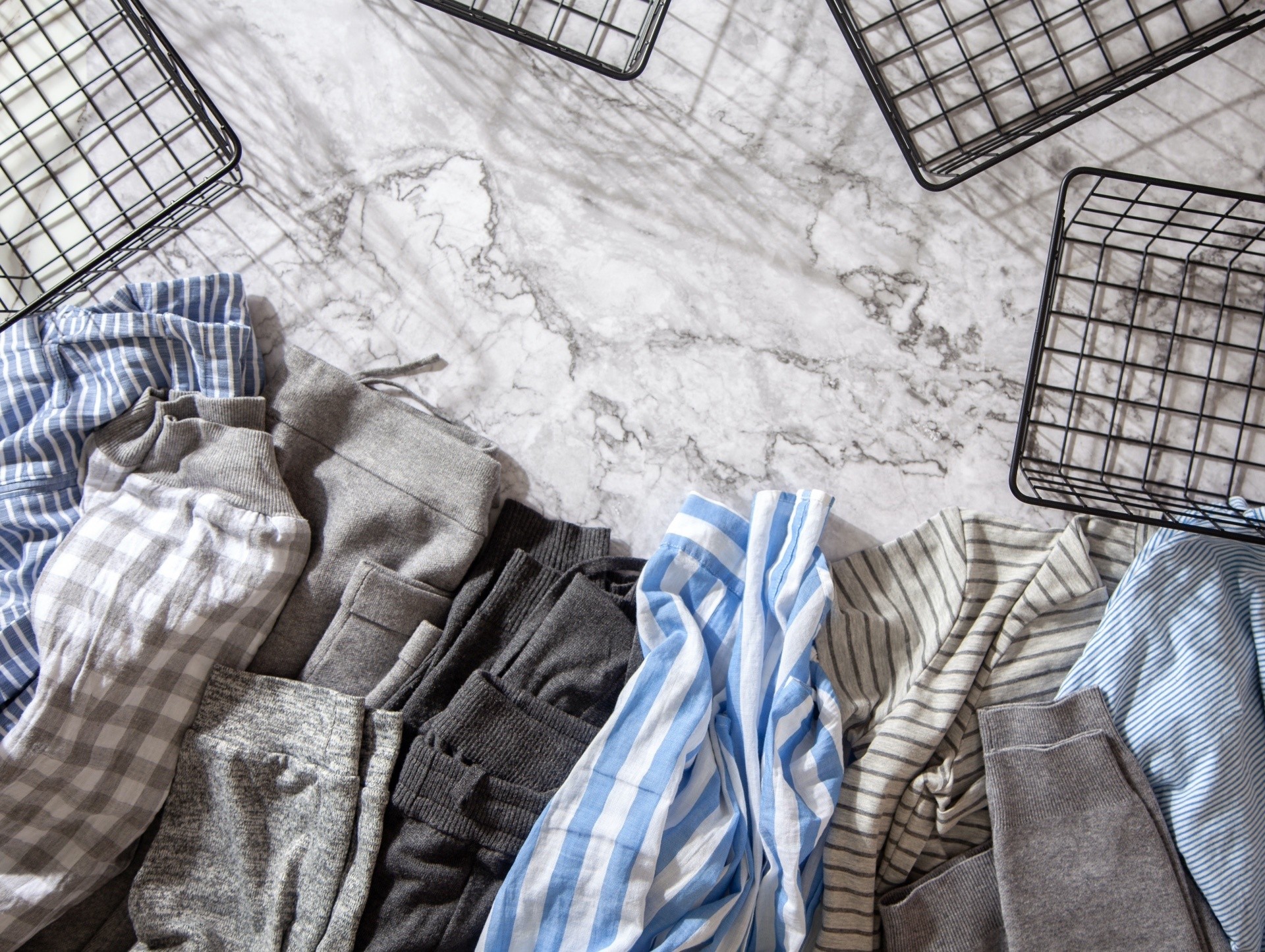 Organize Before You Downsize

10 pro tips to declutter your basement, closet, garage, or other space in your home. 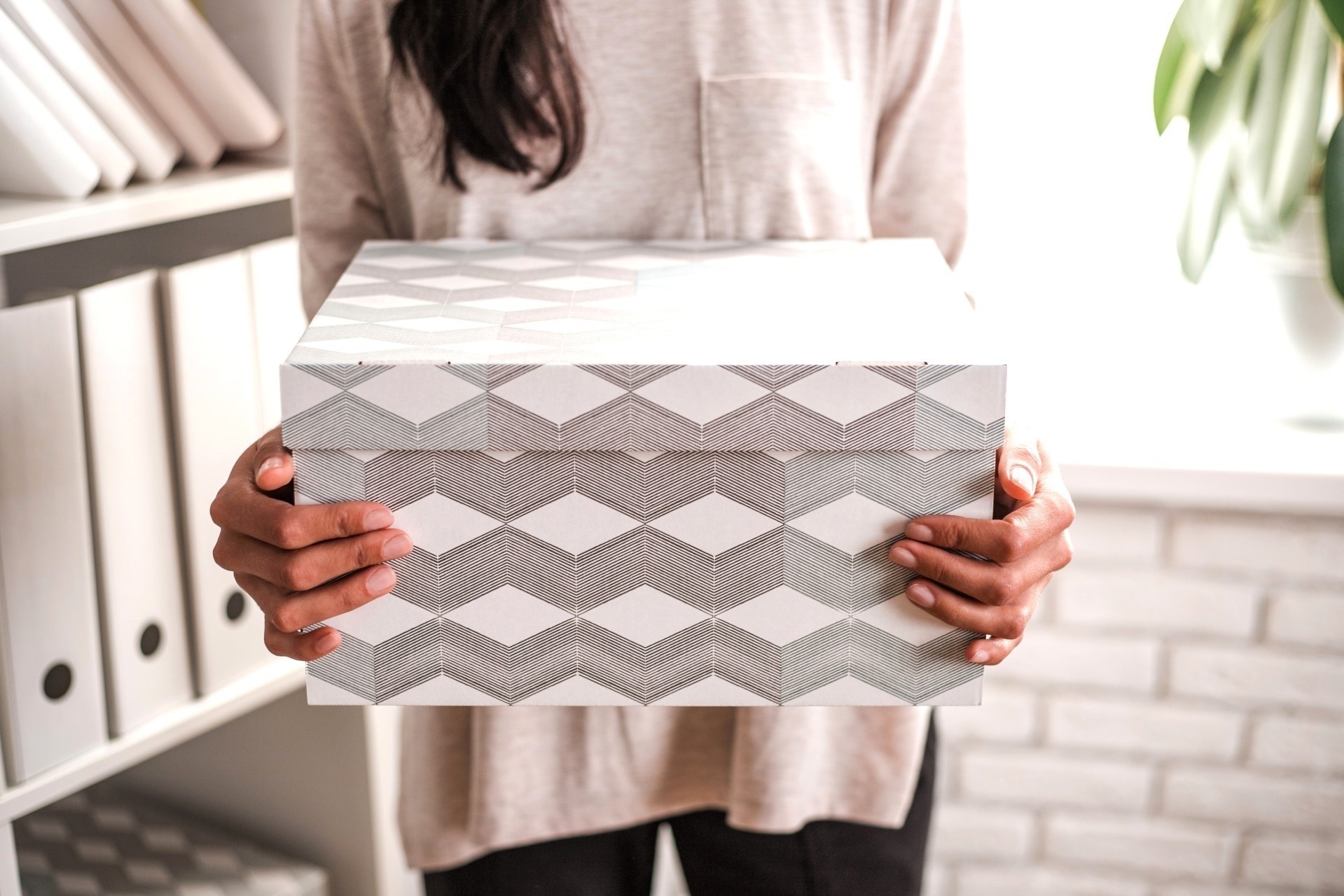 Before you move on...

Please enter your email address below. Then, check your account for a confirmation email to complete the sign up. (Hopefully we didn't end up in your spam folder!)